‘Saturday? Was it not over a month ago?’ I can almost see all those eyebrows going up dubiously.


Well, it was celebrated in most parts of India a month ago and Facebook was teeming with pictures of little ones dressed up in dhotis and peacock feathers with tilaks on their foreheads. But for a selected few sects in India, including mine, Janmashtami was on Saturday. Now how can the same deity have his birthday on two different days that too a month apart? Well, I guess  only the deity Himself can answer that perplexing question. Anyways it was celebrated at my place on Saturday, period.


As soon as V got up in the morning, I told him , ‘Hey its Krishnar umaachi(God in toddler’s dictionary)’s birthday today.’ He thought for a second and responded ‘Birthday?Cake,Candles?’ Hmm, not a bad idea!


With a lot of enthusiasm I started my preparations for the evening pooja.


Task One I assigned to myself was a herculean and a very arduous and dangerous one. ‘The making of the Seedai’,  a savoury made of rice and urad dhall flour. Basically small balls of dough deep fried in oil.


Even experienced hands of twenty to thirty years can goof up when it comes to seedai.  On one hand, for various reasons, there is a high probability of it bursting while frying. The kitchen(it belongs to my landlord anyways) and my face (now that’s more personal) were at risk. Every recipe for the same would be accompanied by various tips for avoiding this explosion. On the other hand, if improperly cooked they can become so hard, that without a second thought they could be shipped to dentists all over the world. Tooth Extraction Made Easy!


Anyways I belong to the group that gets inspiration from Vijay films …’Once I decide, I don’t listen even to myself’ (Wanted has a similar dialogue I suppose).


After doing some research for the recipe(my maiden attempt), I prepared the dough strictly as per instructions.


Rolling the dough into small balls....Boy!  That was tiring….It seemed like an endless task which I somehow managed to complete. Someone please invent a machine for that!


Anyways, some sweet soul on the internet had mentioned that, if your pierce the dough balls with a needle they would not burst.


There is a section of the brain called ‘Stupid Idea Zone’. This section has the habit of disguising itself as the ‘Eureka Zone’ and ends up giving really dumb ideas which the remaining grey cells accept after a standing ovation. This section suddenly said ‘Hey, Y needle? You are the symbol of East-West fusion. Use a fork to prick them’. I took out this huge fork and pricked the balls making sure that three four proper holes had been made.


I said a small prayer ‘Look, I am making them for you. So please don’t let it burst!’

Then I started frying them and Wow! They were a darling bunch of seedais that came out perfectly. A beautiful golden brown in color and the lovely smells that came while frying made me nostalgic.


The thing about the festival is that you get to taste what you have made only after the pooja got over in the evening.


I could not wait that long to display and telecast my pride and so wasting no time, I showed them to my husband with a perfect display of bragging and informed my mother-in-law back home that my seedais came out perfectly without any untoward occurrences.


It was soon evening and pertaining to the tradition I started drawing small feet patterns with rice flour paste on the floor (ezhai Kolam)starting  from the entrance and culminating at the pooja area. This is a tradition that symbolizes Krishna visiting our homes.


As I was doing so, V went to the kitchen, carried the mop much bigger than himself to the hall with all his strength and started vigorously rubbing off the kutti kaal(tiny feet).
’One is not supposed to dirty the floors and should clean it up in case something spills!’ After listening to this innumerable number of times, he could not reason out why mommy was bent upon making the floors untidy.
Finally it was pooja time and once done, I could hardly wait to taste the seedai of my success.

My husband being an ardent fan of this savoury , quickly popped a few into his mouth.


I waited with an eager expression on my face like those participants of Master Chef awaiting the judges remarks. ‘Hmm, its nice and tasty but not very crispy or kara-kara’ was the verdict. ‘ Ideal for people without teeth’ he added with a wink.  I put a few in my mouth and they tasted like pakodas and vadas that had fallen into water…No crispness at all…and it required an imitation of the cud-chewing of cows and buffalos  to mince them before sending them down the food pipe!


My poor husband tried pacifying me saying that except for that the taste and smell were close to perfection. Anyways, lessons learnt.


2)      If you do, follow them religiously. Don’t tweak them with your own ideas


3)      If you do that as well, don’t blow your horn, unless you are absolutely sure of the outcome. 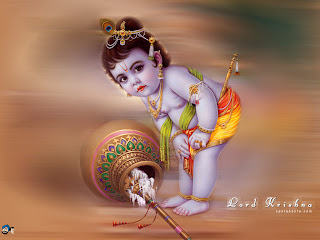 Posted by Jayashree Srivatsan at 9:13 AM