My son's new school starts at 7.15 . For someone whose bones are at their laziest avatars when the sun rises, this seems to be a great motivating factor. These days we are forced to wake up before 6 and suddenly the day seems longer and better.

We the parents, now manage to squeeze in some time for a morning walk after dropping him. We do have our second bundle of joy and mischief aka my daughter, tagging along, and so we take turns looking after her in the play area while the other walks around the park.

This morning during my walk, I came across a gentleman mostly an octa-or-nonagenarian holding onto an iron railing . He was quite frail and was doing a slight exercise trying to bend his knees.

Senior citizens trigger a lot of thoughts in me. After having been probably bold, strong, agile with a lot of likes, dislikes, interests , experiences and achievements, one fine day man gets pushed to a stage where he gets weaker day by day , more and more dependant on someone. These folks would become witnesses to their loved pals departing the world one by one. They would become more and more isolated with the younger lot having very little time amidst a whole lot of other things they are running after. Unlike earlier generations where the most aged in the family held an authoritative hand, today's seniors mostly spend their time without interfering much in the lives of their progenies.
In the years immediately after retirement they do have good times as they would probably be healthier. They group with friends and have a merry time. Once their health starts deteriorating and they are unable to go out on their own , isolation strikes hard.

A girl was standing a foot behind him. I reckoned that she was their domestic helper whose main responsibility was taking care of him. She was making sure that she was there to hold him lest he should lose his balance and fall. An empty wheel chair patiently waited near them.

The old gentleman looked at me and I smiled at him. He gave me a gentle  nod of acknowledgement. The maid behind joined in , gave me a big smile and added a 'Good Morning Ma'm'.

I had no idea who they were; knew absolutely nothing about them. Two individuals whose life paths had been brought together in a bond for some reason. I, a complete stranger to them whose path had crossed theirs in that one infinitesimal moment. Yet these subtle acts of ours, a smile, a nod and a good morning wish filled me with so much positivity. I went on and smiled at whoever I met in the park that day and at the end felt really rejuvenated.

We Indians very rarely smile at strangers. Possibly the crime stories that we hear makes us vary of them. There is a difference between genuine warm gestures and acts done with an intention to deceive which we as adults should definitely be able to perceive.

A warm smile is a beautiful thing. The receiver feels good and when reciprocated it lifts up the spirits of the giver too. We all have our own reasons to brood, to worry; Every single one of us, there is no exception to that. We all have our own share of troubles here and no one here is walking on a bed of roses. A smile from the heart maybe can spread some cheer around. As mentioned in so many fwds which we first received as emails, sms es and then on facebook and these days on Whatsapp

A smile is a curve that can set many things straight.

Be generous with your smiles. That is a tiny contribution we can make without much effort to make the world a better place.

Posted by Jayashree Srivatsan at 7:17 AM 34 comments:

Today is the day preceding Pongal or Sankranti and is called the Bhogi festival in Tamilnadu. Its a day meant for spring cleaning. People discard unwanted old stuff and some light huge bonfires and throw all things meant for disposal into it.

On my way to the market to get the quintessential sugarcane and turmeric leaves for Pongal festivities tomorrow, I heard some radio jockey mention that its also a day when you can cleanse your mind and spirit, let go of all all unwanted thoughts and start afresh brimming with positivity.  A beautiful thought indeed!

We all would have some regret or the other when looking back at the past.

It does sound a bit spiritual but its simply stating one thing. Let go of whatever from the past that you are clinging to.

Wear positive spectacles and view your own life and those of others. Live and let live. Forgive, forget and spread love and be warm and compassionate. Happy Pongal and have an amazing 2015. 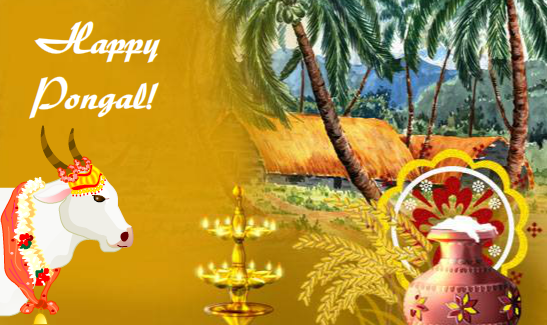 Posted by Jayashree Srivatsan at 6:48 AM 25 comments: